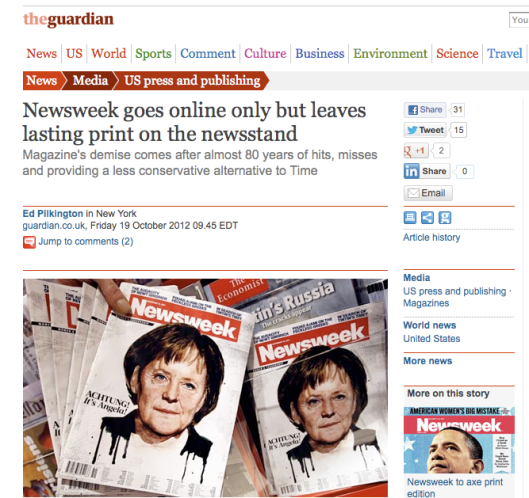 I was interviewed and quoted for a story on the demise of Newsweek. Click here to read the story and my quotes are below.
Samir Husni, a magazine analyst and blogger, blames Brown for 90% of Newsweek’s current financial woes. He points to the many controversial cover stories run under her tutelage – notably the cover in which Newsweek imagined Princess Diana aged 50 and the one with a photo of Barack Obama above the headline “The First Gay President”.

“Tina Brown will go into the media history books as someone who took an iconic magazine and gave it a very painful death. Instead of giving Newsweek’s many readers the in-depth analysis they craved, she turned it into a laughing stock,” Husni said.